It's all about the snails

Many times I mentioned that people in Portugal, especially in Lisbon, eat snails. And many times Japanese people would be surprised and say blarghhhh! My answer was but you eat raw fish, don't you!?

Just wanted to say that to show that every people eat weird stuff. The Eskimos in Northern Canada eat seal poop, for heaven's sake!
We eat snails in Portugal and I absolutely looooove them!

I hadn't had any for some fice years, but I was lucky enough to have some. Very likely, the last ones of the season! Because snails are usually eaten in early summer... 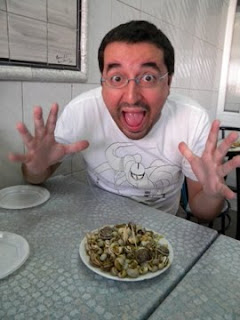 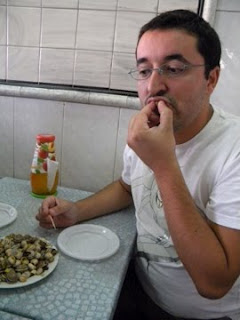 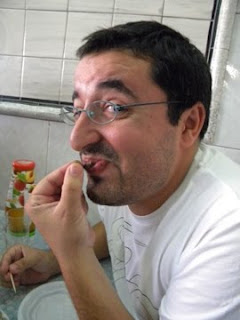 I was in heaven!

And in good company, with Elsa. 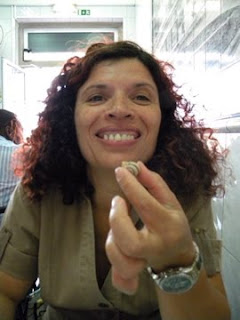 Da Costa de Carvalho, who drove me all the way to Loures. A city I hadn't been in years and I went there twice in a week! 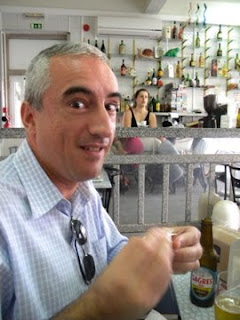 Zé was happy too, I think. 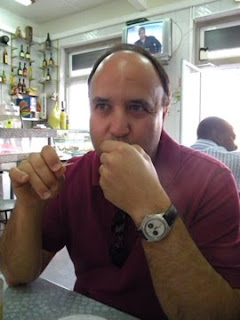 Snails are great and these were really delicious. But they are not enough to fill one's stomach, not even after three dishes of awesomeness! So we order bifana, a pork steak in a bun. 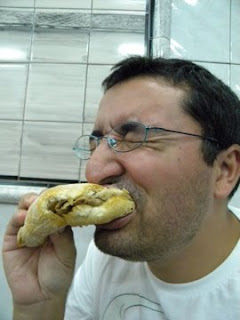 I had had a lot of water, but my friends had had beer, so we decided to take a walk. To let the toxins go. And we came across my name on a wall. That never, never happens! 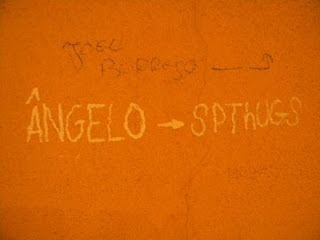 And we went on to the city park, where the Macau Pavillion for the 98 World Expo in Lisbon now is. 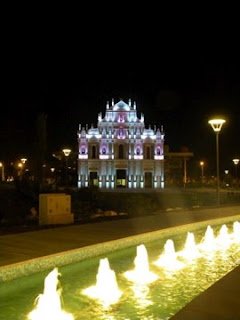 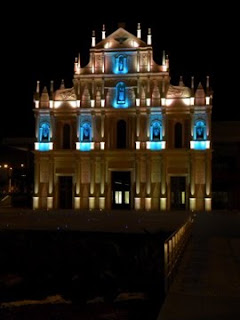 A very nice stroll, sharing stories, chatting a lot and laughing even more.

Next time, we will go to Loures with a swimming suit and a towel in the bag. A certain swimming pool awaits!