Lisbon is the most beautiful city in the whole world! Believe me! 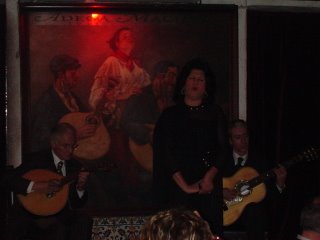 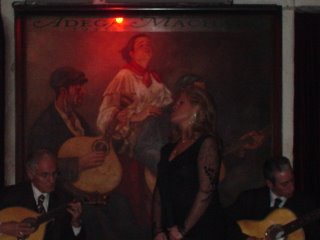 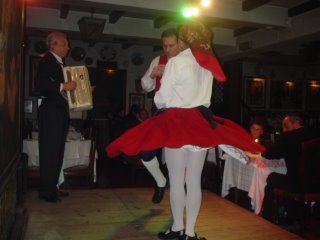 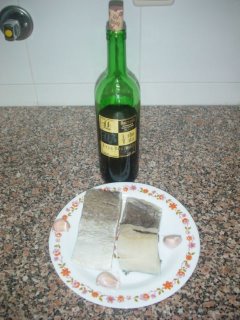 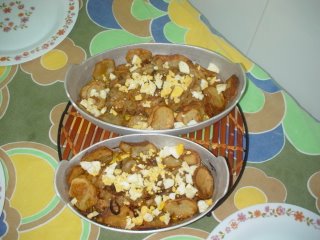 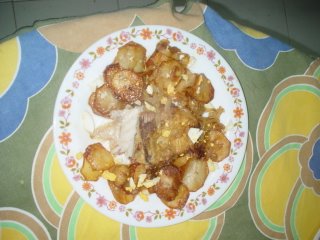 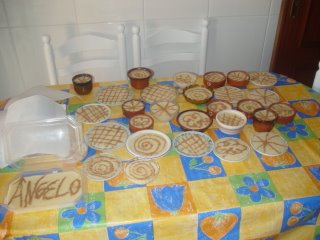 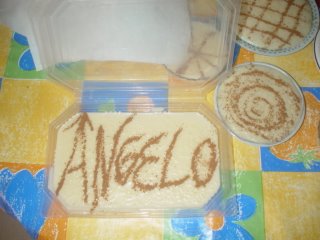 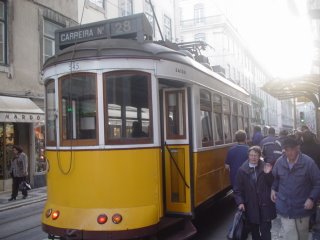 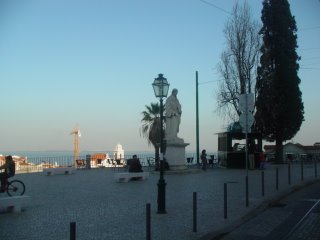 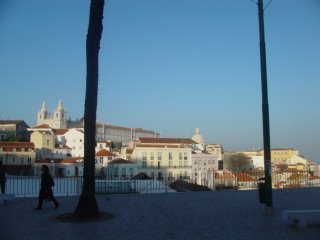 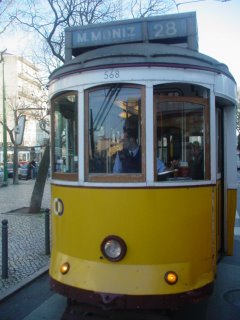 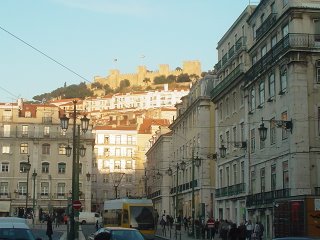 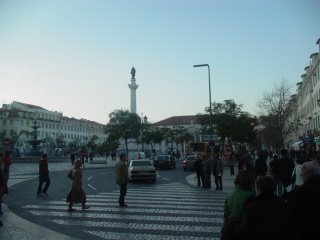 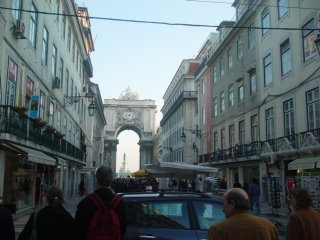 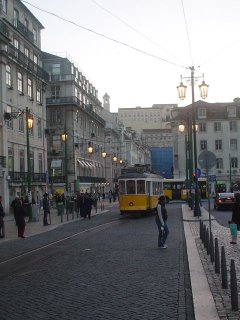 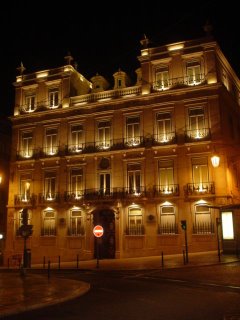 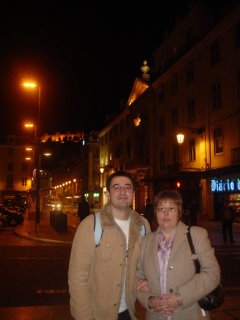 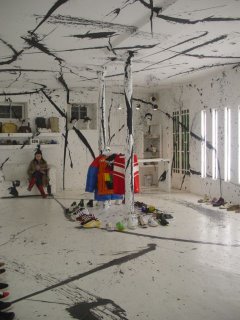 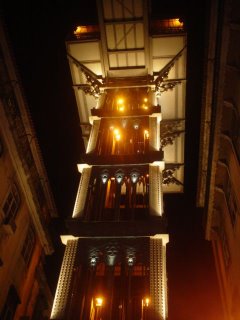 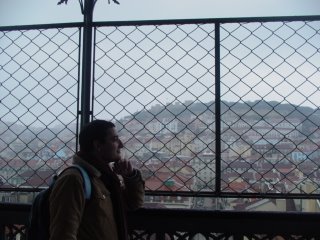 Yes, this post is all for you, English speakers! I wont translate all of the last post in Portuguese, but I'll show you and explain some of the pictures I took while in Portugal. Lisbon is, indeed, the most beautiful city of the whole world!

The first pictures were taken in a typical restaurant where some people sing fado, the traditional kind of portuguese song. Actually, the blond lady shown in one of the pictures lives on the same street as my grandmother. It's a small world!
And then, there was a couple dancing fandango with the traditional clothes. It was a really nice time, together with some friends, having dinner. And yes, it was a portuguese time dinner, which means we met at 20.00!

Since I got to Japan, I've been saying that Portuguese food is just fabulous! And it is! The first picture with the bottle of portuguese wine shows cod fish, dried and salted, before being cooked and the other ones show the wonderful dish my father cooked for us (which was never attempted at our place): roasted cod with potatoes. As always, I don't know the recipe, but I know my father put the cod in some milk so to make it smoother. Whatever he did, it was delicious!

And, on my last day in Portugal, when I went to visit my uncle, aunt and cousins, my aunt had some "arroz doce" (literally, sweet rice) waiting for me. As far as I know, this wonderful sweet is rather difficult to make, as the rice has to be cooked in the right way, with the right portions of milk and sugar. And the cinamon gives it the final touch! Oishii!

One of the things I love doing is going around Lisbon, even by myself. So I took the tram and took some pictures of the city just for you. Let's enjoy together (japanese dixit)!
But Lisbon is not only old buildings and gorgeous people like me and my mother, it also has funky new shops and architecture. The white and black shop is in the hip quarter of Bairro Alto. Unfortunently, I didn't take a picture at another shop, which had a really cool vintage look.

Lisbon is a very hilly city (built on seven hills like Rome), thus the elevtors downton. The one shown in the pictures is the only vertical one and the view from the upper deck (where you can enjoy a - rather expensive - cup of coffee) is just wonderful!